SANTA CLARA, Calif. — At every stop of his athletic career, awards and recognition have been standard for San Francisco 49ers defensive tackle DeForest Buckner.

At Punahou High in Honolulu, Buckner was a first-team all-state defensive lineman and basketball player. At Oregon, Buckner landed All-America honors and was named the Pac-12 Defensive Player of the Year.

In a loaded 2016 draft, the Niners used the No. 7 overall pick on Buckner, envisioning he would become a franchise building block and get the appropriate recognition.

Fast-forward to Buckner’s fourth NFL season, and he’s established himself as a pillar of what the Niners are and want to be. The recognition, however, has been almost nonexistent.

“I’m a ballplayer, and obviously part of this is getting recognized for the things that you do,” Buckner said. “I don’t really let it get to me, but after a certain while, after really kind of establishing yourself and putting the stats up and stuff like that and not getting recognized, I mean, obviously it’s going to bother me a little bit.

The lack of respect was somewhat understandable after his first two seasons. As a rookie, Buckner racked up 73 tackles and six sacks, a solid performance that earned him a spot on the All-Rookie team, though he didn’t garner any Defensive Rookie of the Year votes. In 2017, Buckner was one of the league’s most disruptive interior rushers, leading the league in quarterback knockdowns but finishing with just three sacks.

Buckner found that extra step in 2018, enjoying a breakthrough season that figured to get him recognized as one of the league’s best defensive players.

It didn’t happen. Although Buckner posted 67 tackles, 12 sacks, 17 tackles for loss and 20 quarterback hits, his postseason accolades were limited.

Buckner made the Pro Bowl, but only after initially being named an alternate. He appeared on zero All-Pro teams. And, perhaps the most frustrating, Buckner was nowhere to be found on the NFL’s Top 100 players list. While Buckner chooses not to speak much on specific slights, it’s not hard to find those in the organization who will speak for him.

“I truly don’t understand it,” fullback Kyle Juszczyk said. “It still baffles me how he’s not on the top NFL top 100. It’s just crazy.”

Even the head coach is bothered with the lack of appreciation for Buckner.

When fans approach Buckner in public, he happily signs autographs or poses for photos. When they only partially recognize him, Buckner will have a little fun, telling them he “gets that all the time” as a method of keeping it moving while maintaining some anonymity. 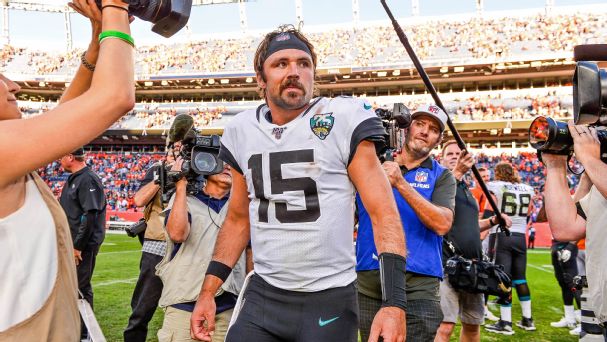 The irony is that the 6-foot-7, 300-pound Buckner isn’t hard to recognize. So, what, exactly, is preventing him from landing in that conversation among the best at his position (non-Aaron Donald division)?

There are a few theories. First, the 49ers have struggled since Buckner arrived. San Francisco has gone 12-36, never winning more than six games in a season. On top of that, Buckner plays a position where credit has traditionally been hard to come by, though the emergence of Donald and others have helped change that narrative. It’s also a position where highlight-reel plays can be lacking.

“I think it’s a thing that, unfortunately with social media and the way that Twitter and Instagram and everything is set up is that people like to make their little highlight clips of people,” left tackle Joe Staley said. “And I think the reason he’s so successful and so good in the NFL is that he’s a consistent performer and he’s never really out of a gap and he’s never caught out of position.

“He plays team football, and sometimes those guys don’t get the accolades that they should because they’re doing what they’re supposed to for the betterment of the team but they’re not making these huge splash plays where they’re going to take a guy and just dominate him off the ball and get a huge sack and everybody can make a clip of it on social media and Twitter about how amazing they are.”

Buckner has gotten off to another solid start this season, even with bigger-than-ever expectations. The 49ers spent serious draft and free-agent capital to land edge rushers Dee Ford and Nick Bosa, hoping they would allow Buckner more one-on-one opportunities.

While Buckner says he can already feel the difference the duo has made, along with a much-improved Arik Armstead and solid backups like Ronald Blair III and Solomon Thomas, he hasn’t quite realized the fruits of those additions yet. In fact, opposing offensive coordinators might show more respect for Buckner than anyone by constantly assigning extra blockers to him.

In the first three games, Buckner is still seeing the most double teams among 49ers defenders (56.2%). Those numbers are down just a bit from the 57.1% he saw in 2018 and not far off from Donald’s league-leading percentage of 65.1.

The hope for the Niners is that as Bosa and Ford continue to win their pass rushes, opportunities will open up for Buckner.

Facing double teams has become one of Buckner’s primary focuses. It’s why he often watches film on Donald to see how he uses his hands to disengage from blockers. Buckner also enjoys watching Jacksonville’s Calais Campbell, the player whom he’s most often been compared to.

So far, that study — combined with what Buckner says is an improved ability to recognize certain plays and formations before the snap — has allowed him to beat double-teams 11.8% of the time. He’s also posted 13 tackles, two sacks, a fumble recovery, a forced fumble, five quarterback hits and two tackles for loss in the Niners’ first three games.

That figures to get Buckner the ultimate sign of NFL respect: a lucrative, long-term contract.

Re-signing Buckner, who is under team control through 2020 via the fifth-year option, is a priority, and he figures to land among the highest-paid defensive players in the league when it happens.

For now, that’s not something Buckner is thinking much about, especially with the 49ers’ 3-0 start. After all, as the wins pile up, so too will the recognition.

“Every opportunity that I get when I step on the field is an opportunity to show the world who DeForest Buckner is and what I can do,” Buckner said. “Everything else will take care of itself.”

Hey, it’s the mayor!: Watching the Chiefs at Arrowhead with their biggest fan

Report: NFL will not hold the draft in Vegas – Roger Goodell | FA