New Orleans Saints quarterback Drew Brees was the latest to be dissected by fellow future Hall of Famer Peyton Manning in this week’s episode of Detail, exclusively on ESPN+.

And who better than Manning to illustrate how Brees’ mind was as sharp as ever in the Saints’ 31-9 victory over the Arizona Cardinals? Brees returned after missing five weeks because of thumb surgery.

In this sneak preview, Manning breaks down how Brees recognized a “pretty sophisticated blitz” that the Cardinals tried to disguise at the line of scrimmage by burning them with a 28-yard pass to receiver Michael Thomas.

Can’t guard him. Not easy catchin’ him either.

“That’s why we have to have a pre-snap read and a post-snap read,” explained Manning, who pointed out the tendency for quarterbacks to relax when they see the off-coverage look that the Cardinals were showing before the snap.

But after the snap, Arizona’s slot cornerback blitzed and the outside corner crashed down on Brees’ right side. So he was wise enough to turn to the softer coverage on his left side for a quick throw to Thomas. 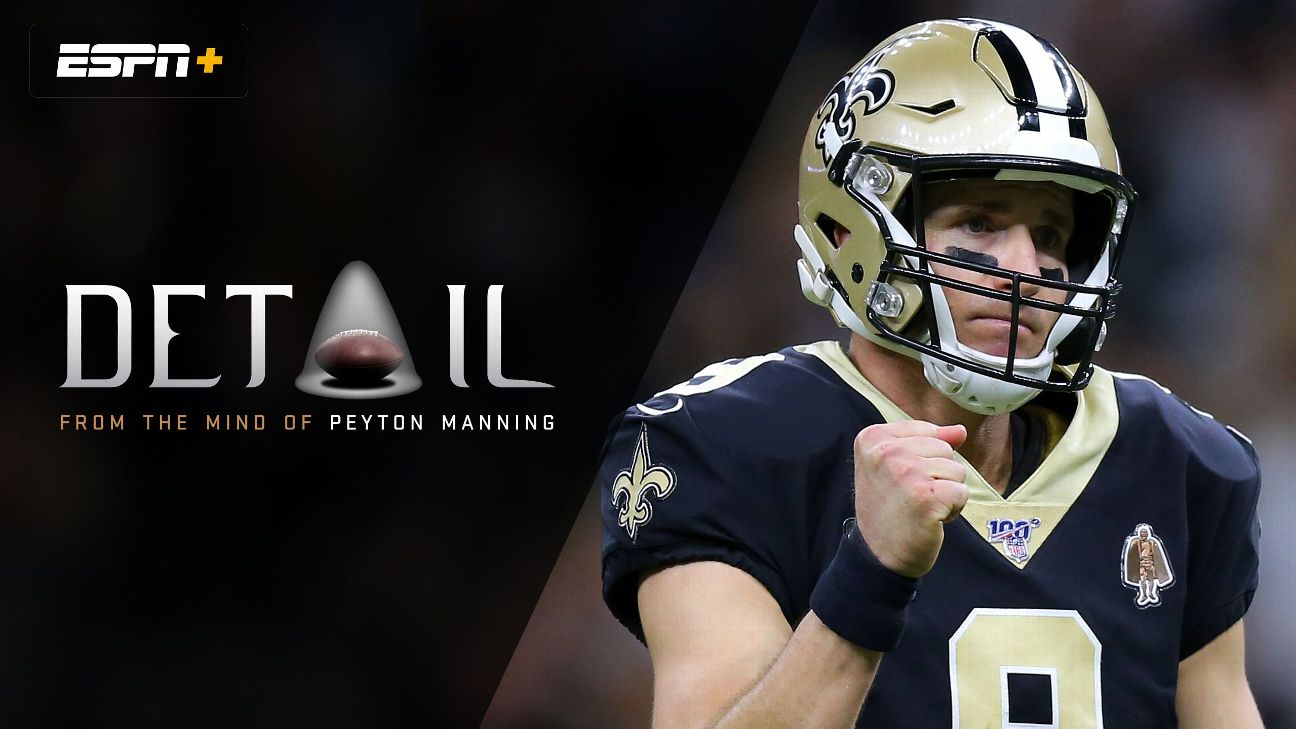 Peyton Manning breaks down Drew Brees’ return performance in Week 8 against the Cardinals. Watch on ESPN+

“Because Drew has been around for so long, he recognizes this,” Manning explained. “He says, ‘Hey, I’m not even gonna mess with that strong side. I’m gonna stay away from that trap side.’

Brees completed 34 of 43 passes in the game for 373 yards, three touchdowns and one interception.

“Drew Brees is who you thought he was,” said Thomas, who caught 11 of those passes on 11 targets for 112 yards and a TD. “He’s the best quarterback in the National Football League.”

Manning’s Detail series, by the way, has even become a scouting tool for the Saints in some instances. Linebacker Demario Davis and safety Vonn Bell told NOLA.com that they have used it to supplement their film study on quarterbacks they are about to face.

Raiders prepping for another ‘Dre Day should Rodney Hudson be out