FOXBOROUGH, Mass. — Quick-hit thoughts and notes around the New England Patriots and NFL:

1. Stidham enjoying QB education behind the scenes: While some rookie quarterbacks get thrust into action right away — such as the Cleveland Browns‘ Baker Mayfield, who faces the Patriots on Sunday at 4:25 p.m. ET (CBS) — Jarrett Stidham falls on the opposite side of the spectrum. Stidham has transitioned from Auburn starter to Patriots backup, a position he has come to appreciate as he works to show he can be the team’s quarterback of the future.

Sharing a meeting room with Tom Brady, 42, has been an education in and of itself.

“I’ve just tried to sit back and watch what he does. You can learn a lot from just watching,” Stidham said last week. “He’s very open to conversation with me, too, which is great. If I have a question about anything, he’s always willing to help me out. He’s been great.”

Brady’s contract expires after the season, and while he has said he hopes to play until he’s 45, the Patriots have been eyeing his eventual successor since selecting Jimmy Garoppolo in the second round of the 2014 draft. Their recent history sparks confidence Stidham could be it. Consider that among Brady, Garoppolo (49ers) and 2016 third-round choice Jacoby Brissett (Colts), quarterbacks with Patriots ties are 17-2 as starters this season.

Coach Bill Belichick was complimentary of Stidham last week, saying: “He’s handled everything we’ve thrown at him. In practice, he does a good job. He gets a lot of passes on our defense.” But Belichick also noted that it’s always different in a game, which will be the ultimate barometer for Stidham, who was selected in the fourth round (No. 133 overall).

Last week in practice, Stidham played the scout-team role of Mayfield, which meant showing his athleticism and a willingness and ability to throw the football anywhere on the field. The 23-year-old, who is married and sometimes gets ribbed by his rookie teammates for his maturity, has embraced the opportunity to grow without a bright spotlight shining on him.

“The position I’m in now, I wouldn’t trade it for anything,” he said at his corner locker, which was previously occupied by Rob Gronkowski. “I’m getting to learn from Tom and Josh [McDaniels] and Mick [Lombardi] and Coach Belichick — so many great coaches and players around me. It’s just good to get a taste of that side of it,” he said.

“After this week, it will be halfway through, Week 8 now. I’m still learning a lot, which is awesome. That’s what I come into work every day and I’m really excited about, because there’s a ton I’m still learning about the offense — plays and defenses. That’s the most fun part, and I’m around great teachers.”

Off the field, the native of Stephenville, Texas, has learned something else about autumn in New England.

“The trees are different color. It is beautiful,” Stidham said with a smile. “That’s something I don’t think I’ve ever got to experience.”

2. Gordon won’t be hanging around on IR: Sometimes when the Patriots place a player on injured reserve, the player sticks around the team for rehab, and even takes part in meetings and helps those on the roster. Center David Andrews and fullback James Develin are two recent examples. But I’m told that won’t be the case with receiver Josh Gordon, which highlights how the team placing him on IR on Wednesday is more of a clean break. Sources said there were multiple factors that ultimately led to Gordon being placed on IR, with what was viewed as an overall decline in his dependability part of the tipping point for Belichick to make the decision. Players were particularly supportive of Gordon over the past week, with several saying they planned to reach out to him.

3. Belichick not rewarded for approach with Bennett: From sweetening his contract after acquiring him in a trade to giving him an excused absence at the start of training camp, Michael Bennett received as many “considerations” from Belichick as any veteran player I can remember in recent memory. Belichick wasn’t rewarded for his generosity. In July, Bennett had talked about how those types of things made him want to play harder for Belichick, but in the end, the actions didn’t back the words once Bennett became more of a part-time player. Bennett, it turns out, was more about Bennett. He struggled to do one of the main things Belichick asks of players: put the team first.

4. Hollywood-type script with Belichick’s possible 300th win: Belichick can earn his 300th victory as a head coach (regular season and playoffs) on Sunday, and the way it’s unfolded has a Hollywood-script type of feel to it. Belichick earned his first career win as Browns coach in New England against the Patriots. Now he can get No. 300 as Patriots coach — against the Browns in New England. He would be just the third coach to do it, joining Don Shula and George Halas.

5. Date/time on Week 16 Patriots-Bills game finalized in two weeks: One of the interesting parts of the Patriots’ schedule is that their Week 16 home game against the Bills will be played on either Saturday, Dec. 21, or Sunday, Dec. 22. An NFL spokesman said a final decision on the date and time of that game will be made the week of Nov. 11 — after Week 10 games. This was part of the league’s plan to put together the best possible TV schedule in Week 16, so Patriots-Bills was one of five games picked to possibly move to Saturday and be broadcast on NFL Network. The NFL will pick three games to move to Saturday, and other games under consideration are Texans-Buccaneers, Lions-Broncos, Chargers-Raiders and 49ers-Rams.

6. Pioli says Sanu a perfect fit in New England: Perhaps no one could offer better insight on the Patriots’ acquisition of Falcons receiver Mohamed Sanu than Scott Pioli, the former New England vice president of player personnel and Atlanta assistant general manager. This is what Pioli said on The Adam Schefter Podcast: 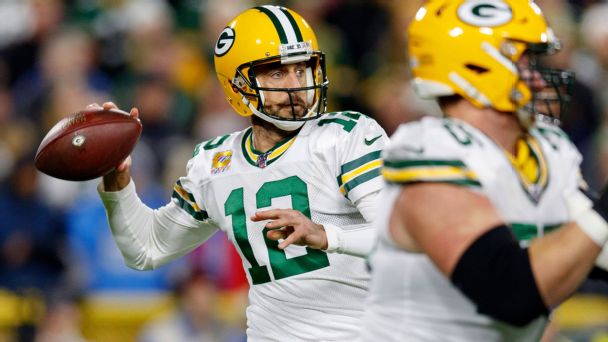 7. Did You Know: The Patriots have allowed 48 total points through seven games, which is the second-fewest through seven games since the 1970 merger, according to ESPN Stats & Information research. The 1977 Falcons allowed the fewest, with 46 points. If the Patriots hold the Browns to fewer than eight points Sunday, they would hold the record for fewest points allowed through eight games since the merger.

8. Slater, Bethel … and Jones? The Patriots now have arguably the two best special-teams players in the NFL in Matthew Slater (seven Pro Bowls) and recently signed Justin Bethel (three Pro Bowls), and when that point was mentioned to Belichick, he surprised me by saying he would put fourth-year cornerback Jonathan Jones in that category as well. Jones has carved out a significant role on defense this season, so he’s not playing as much on special teams, but for Belichick to include him in such lofty company was telling.

9. Value of compensatory picks on display: Bethel became available when the Ravens released him Monday, a decision made to protect their chances of receiving a fourth-round compensatory draft choice in 2020. The formula that determines the pick the Ravens would receive was affected by the Titans releasing former Ravens defensive lineman Brent Urban on Saturday. As for the Patriots, Belichick said once they saw Urban get released, they anticipated the Ravens would in turn release Bethel. And New England was quick to pounce on the opportunity, bringing Bethel in for a visit the next day to sign him. It was a glimpse at how teams value, and monitor, the compensatory-pick formula. Nick Korte of OvertheCap.com does a great job covering that aspect of the game.

10. Patriots brace for more O-line instability: One of the underplayed storylines for the Patriots in the past week was starting right guard Shaq Mason not practicing fully because of an ankle injury, which had the unit bracing for more instability Sunday against the Browns. Unlike 2018, continuity has been a season-long struggle for the Patriots’ line. So it won’t be a surprise if four-year veteran James Ferentz is inserted into Mason’s spot against the Browns.