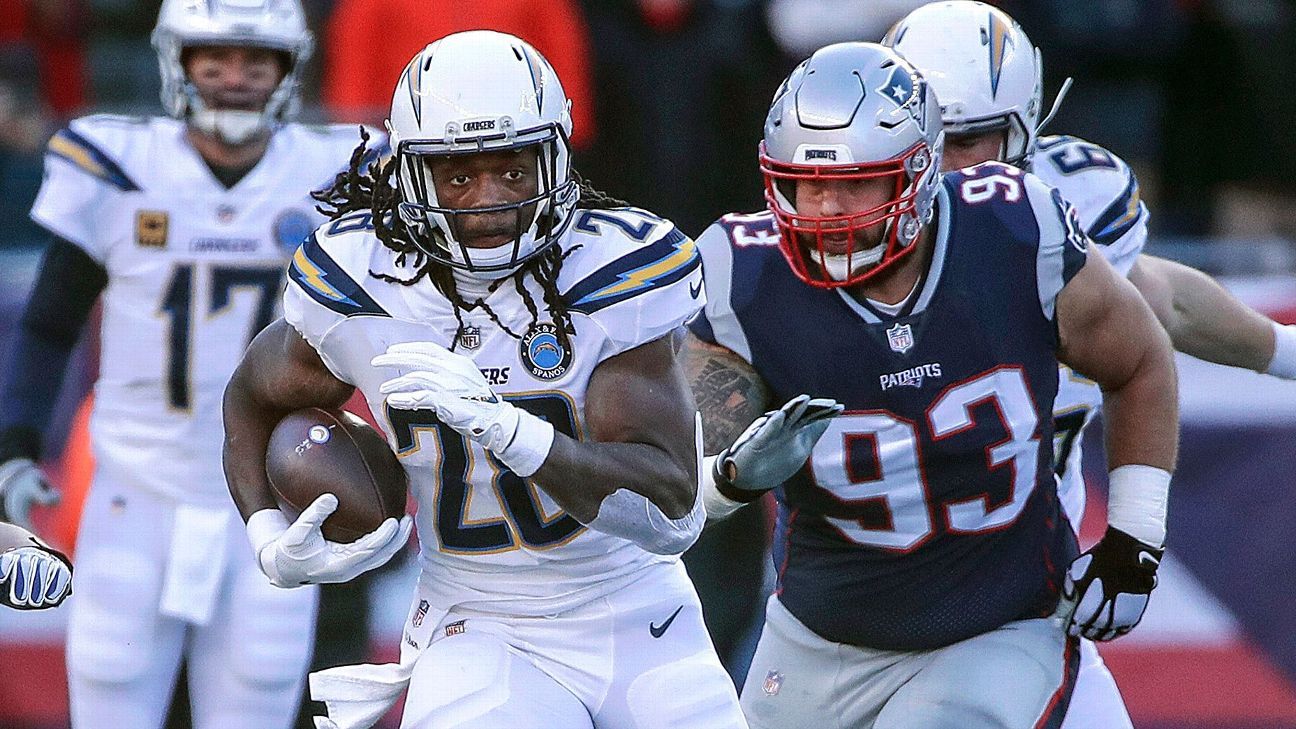 COSTA MESA, Calif. — Los Angeles Chargers running back Melvin Gordon will be welcomed into the locker room with open arms, as most of his teammates supported him during his two-month holdout, which ended Thursday.

Austin Ekeler and Justin Jackson were productive players for the Chargers with Gordon unavailable.

Through three games, Ekeler is fifth in the league in yards from scrimmage (368) and is third in the NFL in total touchdowns (4), while Jackson has averaged 7.9 yards per carry.

The Chargers also had three touchdowns called back due to costly penalties, 60- and 6-yard runs by Jackson and a 22-yard catch-and-run by Ekeler.

While the two have performed well, the Chargers have had their share of struggles without the team’s workhorse back. Ekeler fumbled at the 1-yard line in a game the Chargers lost on the road two weeks ago against the Detroit Lions, 13-10.

The Chargers also have had trouble closing out games; they’ve been outscored 45-16 in the second half so far this season, leading to the team’s first two-game losing streak since 2017 and a 1-2 record.

Having Gordon in the fold could help the Chargers in those late-game situations.

The Wisconsin product seemed to get stronger as the game wore on in 2018, averaging 6.7 yards a carry in the fourth quarter last season. The Chargers could use the bruising runner to close out games and help the Chargers keep second-half leads.

However, the Chargers might have to wait a while for that production. The Bolts likely will ask the NFL for a two-week roster exemption while Gordon works himself into playing shape.

Further, he still has to recreate that chemistry he developed with Philip Rivers and the rest of the offense that made him one of the most dangerous runners in the league.

That will take time. Chargers head coach Anthony Lynn already indicated Gordon will not play in his team’s Week 4 contest against the Miami Dolphins. So expect Ekeler and Jackson to continue to lead the Chargers’ running attack until Lynn deems Gordon ready to play.