Los Angeles Chargers running back Melvin Gordon received a steady stream of calls, texts and shout outs through social media from teammates and coaches during his 64-day holdout due to a contract impasse with the front office.

And that constant, positive feedback, along with meet-ups with his teammates — kept on the down low — helped keep team chemistry strong for his eventual return.

“I tried to stay around some of the guys,” Gordon said. “They had some team bonding and things like that. I tried to be with the guys. We didn’t have to make it public or anything like that, but I just wanted to show the guys that I still love [them] and that we’re still brothers. They definitely helped a lot with this process, for sure.”

Gordon said that strong bond is one of the reasons he ended his holdout just three weeks into the regular season, allowing for an eventual return to the Chargers last week.

Gordon also served as the Chargers’ biggest cheerleader on game days through social media, sending out support to his teammates via Twitter, even though he had not formally been with the team since training camp started in late July.

Gordon praised cornerback Casey Hayward Jr. after an interception against the Colts in Week 1, and also uplifted quarterback Philip Rivers during the game.

“At the end of the day, Melvin Gordon is going to be my friend way after football. We can’t play football forever, but Melvin and I can have a friendship forever.”

Other players in the Chargers’ locker room felt the same way. Like Pouncey, Austin Ekeler, who replaced Gordon in the starting lineup, said he would not let the business of football get in the way of their friendship.

The two sat next to each other after the Bolts’ win over the Dolphins on Sunday, reminiscing about the game and talking about business ventures off the field. 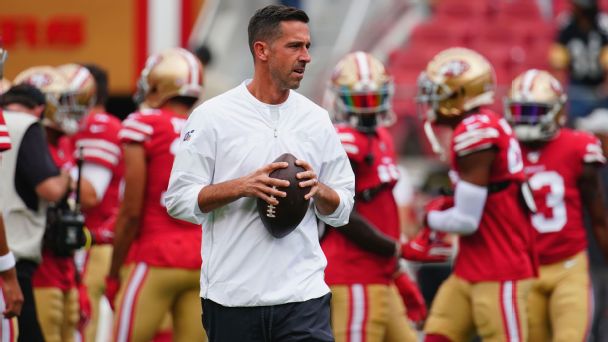 Fullback Derek Watt played with Gordon at Wisconsin and is now his teammate in L.A. The two shared a dorm room as freshmen at Wisconsin.

“He’s a great football player. He can do a lot of things to help our offense. He’s a big back who can do a lot of stuff, and he’s proven that he can make plays in this league. Any time you get a guy like that back in your locker room, it helps your team.”

The relationship between Gordon and his teammates is in stark contrast to how running back Le’Veon Bell and the Pittsburgh Steelers dealt with his holdout a year ago.

Pittsburgh players initially thought Bell was returning. However, things soured when they eventually found out that Bell would not return during the regular season. Players chastised Bell publicly through the media and raided Bell’s locker.

Even though the Steelers placed the $14.5 million franchise tag on him, Bell held out the entire season and signed a lucrative deal with the New York Jets in 2019 as an unrestricted free agent.

“That was a different situation than what’s going on here,” Pouncey said. “I’ve always been the type of player who support my guys, whether it’s good or bad. We’re not perfect as athletes. We’re still human, too, so I just look at it different through my eyes.”

Now that he’s back, Gordon wants to recreate that one-two punch he and Ekeler developed last season.

“I have no problem rolling Austin in there with Melvin,” Chargers head coach Anthony Lynn said. “And Melvin, his reps will be limited. I can’t put him in there running 30 times next week. We’ll work him in gradually because we have a lot of confidence in Austin and [Troymaine] Pope.”

“When I was back, me and him were the top 1-2 punch in the league, and I think the stats show that, too,” Gordon said. “I don’t expect his play to change any, but I might steal a few reps (laughs). … The NFL is all about opportunity. At this level, everybody can play. There’s a few plays that set some players apart, makes them special players instead of average players. But at this level, I feel like if you get opportunities with the starters, you should make something happen.”

Brandin Cooks: Moving on to Houston