FRISCO, Texas — Jason Witten stood barefoot at his locker after Sunday’s 12-10 loss to the New Orleans Saints and answered question after question, just like the Dallas Cowboys tight end always does.

But he knew he would have a difficult time sleeping after the quick flight home from New Orleans because of a second-quarter fumble that took away a potential scoring opportunity for Dallas.

“Having a turnover is the worst feeling in the world because you feel like you let everybody down,” Witten said.

Witten knows how to react to adverse situations such as a fumble, though he has only nine in his 16-year pro career.

On a grander scale, the 2019 Cowboys (3-1) have to respond to their first bit of adversity of the season. A sign Jason Garrett has hanging on a wall inside The Star means a little more today: The only thing that matters is what we do now.

So much went well for the Cowboys in their wins against the New York Giants, Washington Redskins and Miami Dolphins, especially offensively, that there seemed to be a belief that every game would be about 400 yards and 30 points.

But on Sunday, the Cowboys’ offense was shut down so badly by New Orleans that they lost a game without giving up a touchdown for the first time since 2002. That happened twice in that 5-11 season.

“We’ve got a great team,” Dak Prescott said. “There’s no confidence lost with this loss, I can promise you that. There’s a lot of things we’ll take from this that we’ll learn from and become a better team because of it. That’s the most important thing.” 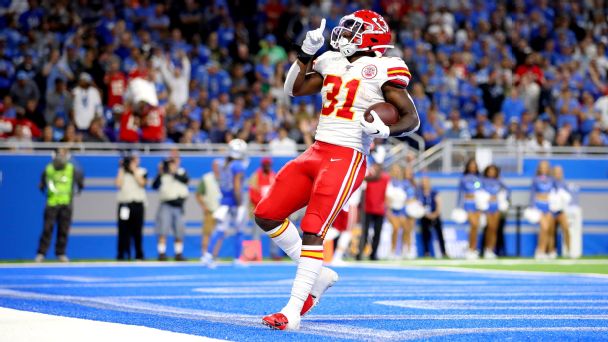 Confidence might not be lost, but questions can be asked:

“There’s certainly a copycat element of things if you struggle with something or a play has been very effective against your defense. You typically see that,” Garrett said. “But for the most part, the best teams really, they are who they are with some wrinkles as they go. Give the Saints’ defense credit last night. They did a good job up front. They did a good job limiting our opportunities.”

How will this team respond to its first challenge? Last season, the Cowboys rallied to become the first team in franchise history to overcome a 3-5 start to make the playoffs.

The bulk of that 2018 roster is on this roster, but team dynamics change year to year. Cowboys players did not seem concerned, following their Week 4 loss, about how they will respond.

“It’s really easy to get wrapped up in the loss and being really upset with it. Obviously, nobody likes to lose, but this is the NFL,” center Travis Frederick said. “There’s a lot of good teams out there. The Saints played really well, and we did not do our best, so this will be a great film for us to watch and get better from and just continue to look forward. It’s going to be a long season. There’s probably going to be another loss in there. Hopefully not, but there probably will be, and we need to know how to handle that the same way we handle wins.”

If the Cowboys need a reminder of the football that’s still left, all they need to do is look at Garrett’s message on the wall.

“You make your mistakes and get back at it,” Witten said. “But I do like this football team. I think we have a strong team. It’s an accountable group. And it’s a good team, just like they are. Nobody’s going to panic. We’re going to stay together, and I think we’ll get better. Next Sunday can’t get here fast enough.”