ENGLEWOOD, Colo. — Talk to people around the league, talk to folks with the Denver Broncos, and the general consensus is wide receiver Courtland Sutton is close, as in oh-so-close, to chasing down the expectations that swirl around him.

For an offense that hasn’t topped 16 points in its last seven games, that would be a welcome sight. At 6-foot-4 and 215 pounds, with quality speed to go with some run-after-the-catch skills, Sutton has spent much of the time since the Broncos drafted him in the second round of 2018 on the edge of big things.

“He’s a solid player, he definitely has talent to continue to be a top player in this league and he showed what he’s capable of versus the Raiders [in Week 1],” said Broncos cornerback Chris Harris Jr. “I’ve been saying, too … we just need him to continue to play even better than that. That’s what we need, just continue to take that next step forward, get some touchdowns.”

Touchdowns would be nice — Sutton doesn’t have one in the season’s first three weeks. In fact, the Broncos only have two receiving scores on the season, both by Emmanuel Sanders.

“[Sutton has] shown me something every day, he showed me something that Monday night [against the Raiders] and I think he’s an ascending player in this league,” said Broncos offensive coordinator Rich Scangarello. “… It’s really fun to see where we can take him.”

The 0-3 Broncos have just four pass plays of more than 30 yards this season, but Sutton has two of them. Sutton’s routes are getting better in his second season and that should lead to more big plays. He currently leads the Broncos in receiving yards (247) and yards per catch (15.4).

But even with his improvement in Year 2, he and Sanders — the team’s WR1 — need to find the end zone more often.

“I just try to stack days,” Sutton said. “I just think if you dwell on some things, you’re not getting better. If I’m not happy with a play, or something on the field, I look at it, try to correct it and move on. Just stack one good day on top of another good day and keep going.” 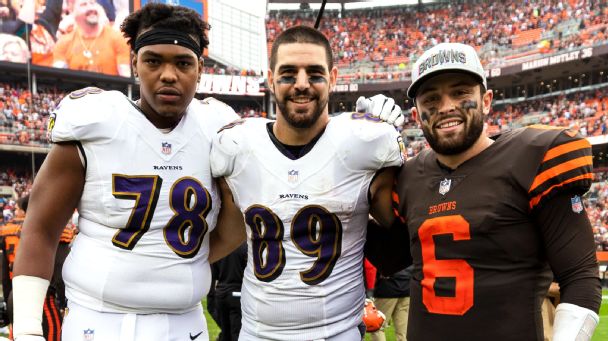 The Broncos knew Sutton was a raw, work-in-progress type player when they selected him with the 40th overall pick out of SMU. He has smoothed some of those rough edges and has developed an early rapport with quarterback Joe Flacco this season. Sutton has consistently been targeted in the first three games — eight, seven and seven times.

The Broncos offense has had a bumpy ride in the season’s early going with several long drives — seven scoring drives of at least 10 plays — but touchdowns have been in short supply. Scangarello reaffirmed Thursday that Sanders is still a “very, very critical part of our success,” but if teams are going to match a cornerback on Sanders and play a combination of coverages on the Broncos’ other receivers, as the Packers did this past Sunday, Sutton is one of the players who has to produce.

“I think people know what I think, I’ve said I’m very impressed with [Sutton],” coach Vic Fangio said. “Courtland is a good young player that is a grinder, tough guy, plays hard, very competitive. Really glad to be on the same team with him.”

“Stack plays, stack days, that’s it,” Sutton said. “And everything stacks up with it.”